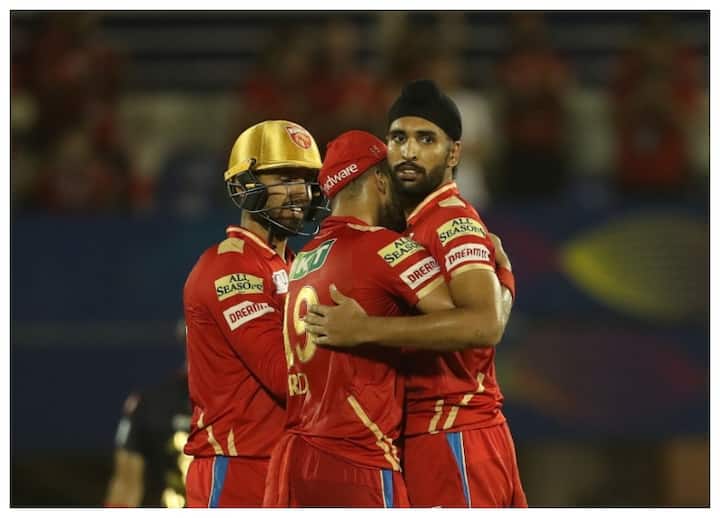 Royal Challengers Bangalore v Punjab Kings: In the IPL, Punjab Kings faced Royal Challengers Bangalore. In this match, Punjab defeated Bangalore by 54 runs. Chasing a target of 210, Bangalore lost nine wickets for 155 runs. In this match for Punjab, Rabada took 3 wickets for 21 runs. Apart from them, Rahul Chahar and Rishi Dhawan also took 2-2 wickets. With this victory, Punjab has kept alive their hopes of reaching the playoffs. This is the sixth victory of Punjab Kings this season.

Chasing a score of 210, Bangalore got off to a fast start. Kohli and Faf added an instant 33 runs. Meanwhile, Kohli was unfortunately dismissed once again. Kohli lost to Rabada by scoring 20 runs in the match. After his dismissal, Faf also fell victim to Rishi Dhawan by scoring 10 runs. After this Mahipala was also dropped in Rishi.

Punjab had a strong score

Punjab Kings set a target of 210 against Royal Challengers Bangalore in the 60th match of IPL 2022 played at Brabourne Stadium on Friday thanks to the superb batting of Liam Livingstone (70) and Johnny Bairstow (66). Punjab scored 209 runs for the loss of nine wickets in 20 overs. Hershal Patel took four wickets for Bangalore. Vanindu Hasaranga took two wickets while Glenn Maxwell and Shahbaz Ahmed took one wicket each.

See: ‘Your team was all out for 97 runs, what do you mean?’ Raina gave an interesting answer to UV’s question

Share
Facebook
Twitter
Pinterest
WhatsApp
Previous articleIPL 2022: For this special reason, Tilak Verma joined hands on the field in the match against Chennai.
Next articleDaniel Weber wished his wife Sunny Leone a happy 41st birthday and shared a photo of her childhood. Sunny Leone: Birthday Daniel Webber shared a childhood photo of Sunny Leone and wrote this special post,