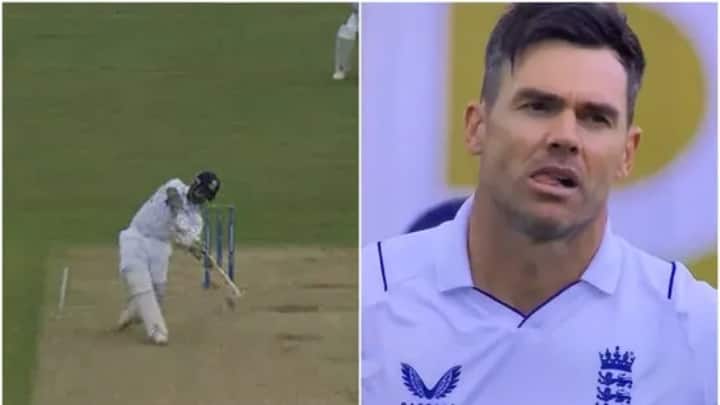 IND vs ENG 2022: The Test match between India and England is underway in Edgbaston. England captain Ben Stokes won the toss and elected to bowl first. At the same time, the England bowlers showed that the captain’s decision was the right one. In particular, James Anderson dismissed both Shubhaman Gill and Cheteshwar Pujara cheaply. The Indian team lost five wickets in 100 overs, but wicketkeeper-batsman Rishabh Pant and all-rounder Ravindra Jadeja took the innings.

Rishabh Pant’s shot was followed by a dialogue between bowler James Anderson and the batsman. This time the smiles on the faces of both the players were clearly visible. In fact, both players seemed to be gesturing to each other. On the other hand, speaking of this match, the Indian team made a brilliant comeback after the initial shocks. As of this writing, the Indian team has scored 259 runs for the loss of 5 wickets. Rishabh Pant (107 off 94 balls) and Ravindra Jadeja (53) are at the crease.