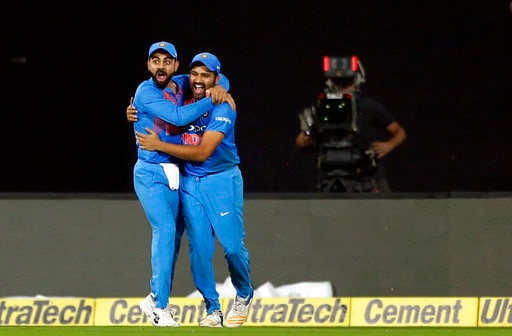 Rohit Sharma and Virat Kohli: In the IPL 2022 season, the performances of Mumbai Indians captain Rohit Sharma and former Royal Challengers Bangalore (RCB) captain Virat Kohli (Virat Kohli) were disappointing. Virat Kohli scored in some matches, but the bat remained calm in most of the matches. At the same time, Rohit Sharma also struggled in batting throughout the season. Former Sri Lankan fast bowler Chaminda Vaas has made a big statement on both the players.

The former Sri Lankan fast bowler said both the players should be rested. Vaas is of the opinion that both the players who are struggling in bad form need to rest. At the same time, he said that Virat Kohli and Rohit Sharma should not be judged on the basis of their performance in the IPL.

Chaminda Vaas said that this season of IPL has not been good for Virat Kohli and Rohit Sharma, but on this basis, it is not appropriate to talk about the performance in the T20 world. However, Virat Kohli scored in some matches. He said that Rohit Sharma and Virat Kohli are both match winners. I think both veterans should be rested before the T20 World Cup. Doing so will make both players feel refreshed, as well as make them more dangerous than before. “The performance of the Indian team in the T20 World Cup in Australia will depend on these two players,” Vaas said. The former Sri Lankan veteran said that Rohit Sharma and Virat Kohli have been rested for the five-match T20I series against South Africa. That’s a good decision.

Despite being the captain, Rohit Sharma flopped

IPL Final 2022: Who has the upper hand in the final between Rajasthan and Gujarat? What the numbers say