The Indian embassy in Kiev, the capital of Ukraine, will reopen after it was closed due to a Russian attack 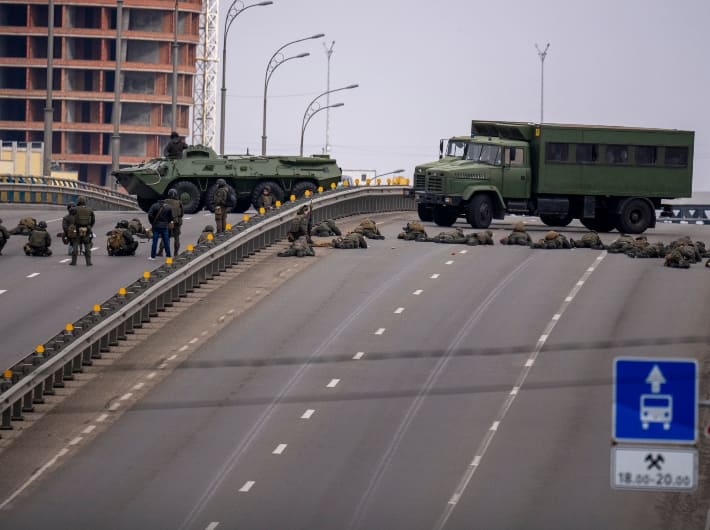 The decision to reopen the embassy in Kiev comes as several Western nations have decided to reopen their missions in the Ukrainian capital. India decided to move its embassy from Kiev to Poland in view of the rapidly deteriorating situation in the war-torn country following Russia’s military campaign against Ukraine.

The Indian Embassy in Ukraine, which was temporarily operating outside Warsaw (Poland), will resume operations in Kiev from 17 May 2022. Embassy temporarily moved to Warsaw on 13 March 2022: Ministry of Foreign Affairs (MEA) pic.twitter.com/LklV0NzyqN

Russian forces carried out most of the attacks in Mariupol
Russian troops were constantly firing on the outskirts of the capital, Kiev. At that time, Marupol was hit hardest by the Russian invasion. In a city of 430,000 people, life was difficult. Locals were also deprived of basic amenities due to the firing of Russian troops in the entire area. More than 1,500 people were killed in the Mariopol attack by Russian forces, and the shootings hampered efforts to bury the bodies in mass graves.

Zelensky accused Russia of breaking up the country
Meanwhile, Ukrainian President Volodymyr Zelensky accused Russia of breaking up his country and launching a “new phase of terrorism” and arresting the mayor of the city west of Mariupol. The video was released by the President of Ukraine Volodymyr Zelensky. Speaking during the video, he said, “They are bombing Mariupol 24 hours a day, firing missiles. It’s hate. They’re killing children.”

Mumbai Local: After a 50% reduction in Mumbai local AC train fares, the Railways has given another gift.

Share
Facebook
Twitter
Pinterest
WhatsApp
Previous articleThe benefits of eating celery in the summer, learn how to use
Next articleHome Decoration: With the help of these decorative tips you can make your home airy and cool in summer