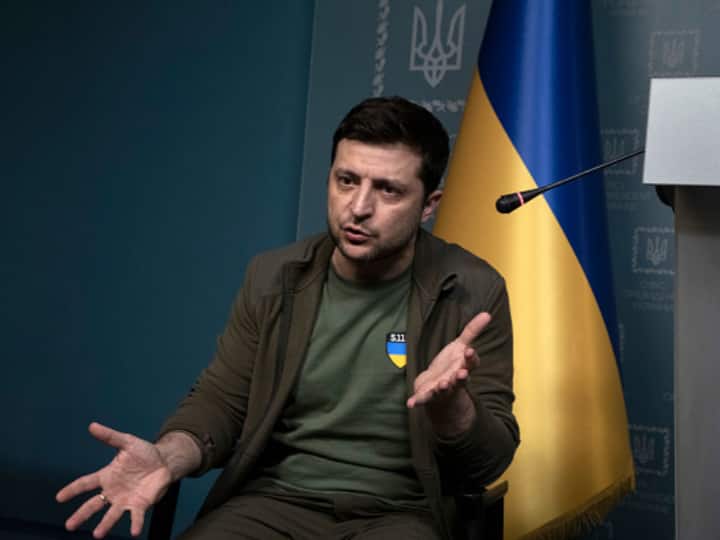 Russian troops in Ukraine: Ukrainian President Volodymyr Zelensky said the Ukrainian people were doing everything possible to drive the Russians out of the country, but that no one could say today how long the war would last. Zelensky made the remarks in a video address to the nation.

He said, “It is unfortunately not only dependent on our people, who are already paying their dues, but also on our partners, the European countries, the whole free world.” I thank all those who have worked to strengthen sanctions on Russia and to increase military and economic aid to Ukraine. This is the only way to defend freedom in the face of Russian aggression. For Western countries, it’s not just about spending or calculating costs, it’s about the future.

Zelensky said Ukraine shot down the 200th Russian plane during the war on Friday and inflicted heavy losses on Russia in terms of tanks, armored vehicles, helicopters and drones. Zelensky said and why? So that the statue of Lenin could stand for some more time in the temporarily occupied Jenichisk? There can be no other outcome for Russia. In April, Russian troops restored a statue of Lenin in the southern Kherson region of Jenichesk. Ukraine is engaged in “extremely difficult negotiations” to rescue wounded soldiers trapped at the Mariupol steel plant.

“We’re talking about getting a lot of people out,” he said. Of course, we are all doing our best to get every one of our defenders out. We have already covered everyone in the world who may be the most influential mediator. Ukrainian forces have recaptured towns and villages from Russian occupation. Work is underway to restore electricity, drinking water supply, telephone communication and social services.

Significant events in the Russia-Ukraine war

Ukraine’s prosecutor general said Friday that his office was preparing 41 war crimes against Russian troops. “We have 41 suspects in such cases, on the basis of which we are ready to go to court,” Irina Venediktova told a live press conference on Ukrainian TV on Friday evening. All of these wars are related to Article 438 of the (Ukraine’s) Criminal Code, which deals with a variety of war crimes, such as bombings, killings of civilians, rape and looting of civilian infrastructure.

It was not immediately clear how many suspects would be prosecuted in absentia. A member of the Russian military was marked in Kiev on Friday for his first war crimes trial. A 21-year-old Russian soldier was tried for killing an unarmed Ukrainian citizen during the early part of the war. Venediktova said two more suspects from Ukraine are expected to undergo a preliminary trial next week.

Shvatoslav Palmar, deputy commander of the Azov Regiment, said during an online session of the Kyiv Security Forum that Russian forces continued to attack the Azovstal steel plant, the last stronghold of the Ukrainian resistance in Mariupol. “We have continued the agitation and are following the orders of our senior leaders to defend it,” he said. Despite all this, we are defending and fighting.

Meanwhile, Russian forces have suffered heavy casualties in the Ukraine attack. Ukrainian troops destroyed a pontoon bridge that Russian troops were trying to cross east across the river.

Ukraine’s Airborne Command has released photos and videos of a damaged Russian Pontoon bridge over the Sivarsky Donetsk River in Belohorivka, and several nearby destroyed or damaged Russian military vehicles. He said Ukraine had destroyed at least 73 tanks and other military equipment during the period. The command said its forces drowned Russian traders in the river.

Let’s find out which country said what

United Nations- The United States has once again accused Russia of using the UN Security Council to propagate its use of biological weapons and conspiracy theories in Ukraine in a bid to divert attention from its brutal war against its neighbors. US Deputy Ambassador Richard Mills has called Russia’s claims of alleged US involvement in the event “purely false and ridiculous.”

UN Deputy Disarmament Chief Thomas Markram reiterated to the Council that his officials had made similar Russian allegations at the March 11 and March 18 meetings of the Council that the UN was not aware of any biological weapons program in Ukraine.

Russia’s UN envoy to the United Nations, Vasily Nebenzia, said at the inauguration that he had convened the third conference because his government had received “very disturbing documentary evidence” that the US Department of Defense was directly involved in carrying out “dangerous biological projects.” What it looks like is a secret biological military program in Ukraine.

Vienna- German Chancellor Olaf Schultz had a telephone conversation with Russian President Vladimir Putin. By the end of March, the two leaders had spoken for the first time. The 75-minute discussion on Friday focused on the ongoing war in Ukraine and efforts to end it, according to German government spokesman Stephen Hebstratt.

Istanbul, Turkey – Turkish President Recep Tayyip Erdogan said on Friday that his country was “not in favor” of Finland and Sweden joining NATO, suggesting that Turkey could use its membership in the Western military alliance to accept both countries.

London – Britain has added the ex-wife of Russian President Vladimir Putin and his alleged girlfriend to a list banned from attacking Ukraine. The list includes Putin’s ex-wife Lyudmila, former Olympic gymnast Alina Kabayeva and several businessmen who are cousins ​​of the Russian president. Kabayeva is accused of having a close personal relationship with Putin. Foreign Minister Liz Truss says Britain is exposing and targeting a network promoting Putin’s luxury lifestyle. The list includes more than 1,000 individuals and 100 organizations since Britain invaded Ukraine in February.

Also read: “Putin’s coup continues, Russia will lose the war by the end of this year,” said a senior Ukrainian official.